The goal of Climb Business is to bring the outside perspective and work with you to positively impact your bottom line through delivering solutions and sustainable value to you.

Climb Business work with small business owners and are flexible in the style of engagement – note however we do not lock clients into fixed sum, fixed term contracts – you contact us when you want us and pay only for time spent.

Stuart Craig is the principal of Climb Business 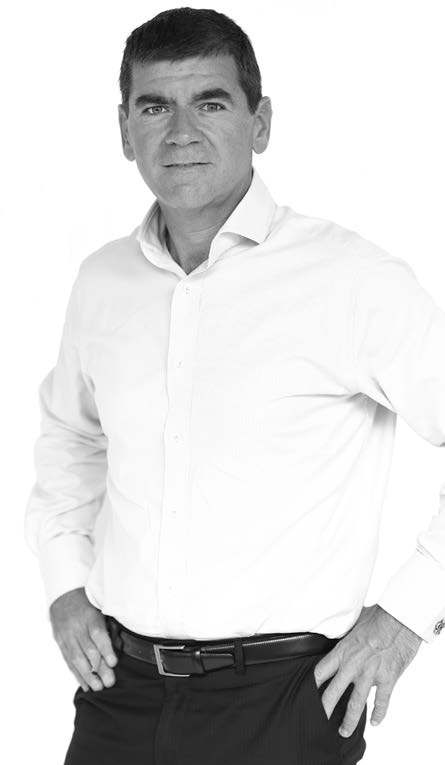 Stuart has a unique background combining significant commercial, financial and operational experience in small and large businesses in a range of industries at the highest levels.

He is particularly inspired by forward thinking entrepreneurs.​ Stuart has enjoyed tremendous success in the last few years through firstly, the winning bid for the 2018 Commonwealth Games on the Gold Coast and secondly, conducting a business review and developing and implementing an innovative business transformation plan and asset divestment program at Toll Helicopters measured to increase EBIT by around $7 million. His extensive background in insolvency situations has provided an understanding of how businesses do work and how they “break”.
FIRST CAREER STAGE
Stuart commenced his working life as an insolvency practitioner at Ernst & Young (in London and Brisbane) then at Jefferson Stevenson & Co.. The highlights of this time included participating in the operation of a CBD hotel and direct responsibility for the completion of construction of 64 houses for a residential home builder. A valuable 18 months performing forensic accounting, business valuations and economic loss reporting at Vincents Chartered Accountants was an instructive extension of the insolvency experience.
SECOND CAREER STAGE
A career jump saw Stuart pursue his dream of working in events and sport at Events Queensland (now Tourism and Events Queensland) for 10 years in Brisbane. Stuart had oversight and direct responsibility for all commercial and financial obligations for the EQ Group. Stuart has been involved in the Goodwill Games, Rugby World Cup, International Rotary Convention, CHOGM, Gold Coast Airport Marathon, Brisbane International Tennis, Pan Pacific Masters Games, Asia Pacific Screen Awards, Noosa Triathlon, Mooloolaba Triathlon and British Lions Rugby Tours and multiple arts and cultural events.
COMMONWEALTH GAMES BID

In 2010, Stuart was approached to become the Executive Director of Bid Operations of the Gold Coast bid for the 2018 Commonwealth Games, working between Brisbane and the Gold Coast.

The key role objective was to lead the development and implementation of the strategic plan and prepare a winning $1.95 billion bid for the Games – mission accomplished!

“Please accept my sincerest thanks for the significant contribution you made to the successful bid for the Gold Coast 2018 Commonwealth Games. You have been an outstanding Ambassador for our city and our bid.”  Anna Bligh – Premier – December 2011

In 2012, Stuart became a business consultant and was retained for a 3 month engagement (which evolved into 18 months) at Toll Helicopters working between Brisbane and Melbourne. The scope of work was to review and diagnose issues in the commercial, financial and operational functions of Toll Helicopters for Toll Remote Logistics/Toll Global Resources and report on structural and process inefficiencies and weaknesses and possible improvement strategies. That scope was expended to include developing a business transformation program to enhance productivity, efficiency and the bottom line at Toll Helicopters.

Reporting to the executive management of TRL and the Board of Toll Global Resources, the TRL parent company, Stuart designed and led the development of the strategic Opex business transformation and process improvement plan resulting in a projected increased EBIT of over $2 million or around 7% of revenue. The program also involved the development and management of a successful $10 million Capex asset divestment program and assignment of existing client contracts worth close to $5 million annually, through a sophisticated online, print and email marketing and communication strategy.

“The…project…was a great success and largely so because of your effort so well done.” David Jackson – Director of Toll Holdings and CEO of Toll Global Resources – August 2013

Since completing the engagement at Toll, in addition to Climb Business, Stuart has worked with his wife in expanding the operations of their thriving online women’s fashion and lifestyle/homewares business Blue Bungalow (www.bluebungalow.com.au) into new warehouse and office premises at Newstead in Brisbane which included the establishment of a retail showroom.

WHAT HE BRINGS TO THE TABLE

Climb Business grew from Stuart Craig’s broad mix of experience in the management of commercial matters, finance and operations.​

Our Point Of Difference

Our point of difference is that we bring an outside perspective based on a unique working history of practical commercial, financial and operational responsibilities with a high degree of understanding in the disciplines and their inter-relationship, idiosyncrasies and tensions plus a clear understanding of bridging any gaps.  Climb Business have a broad base of skills and experience with a team of collaborators to draw on for expansive or highly specialised requirements.

Advice Provided is Pragmatic and Practical

Climb Business are lean and responsive operators and use organisational design thinking behind their work.  Climb Business operates on the basis of a structure without significant overheads but with flexible availability and fast contact turnaround.

Climb Business grew from Stuart Craig’s broad mix of experience in the management of commercial matters, finance and operations.

Climb Business values respect and integrity with clients. We look to build trust, be authentic and be genuine.

We are collaborative, adaptable and flexible and enjoy working with others in an engaging friendly and open manner to assess issues and solve problems.

Over-analysis can be paralysis. Business leaders intuitively have a “gut feeling” about an appropriate course of action. Climb Business believe that a small number of (closely considered) high line practical solutions will inevitably achieve better outcomes than a heavily analysed and detailed 40 page report (which we prefer not to do), with positive cost differences and delivery times to you.

Climb Business believe that there is always an opportunity for targeted re-invigoration of a business to respond to market conditions.

We also believe that you should stick to your instincts and beliefs – your dreams can become reality with the right intentions, motivations and assistance. Any plans developed with you have to feel right and head you in the direction that you are confident with. There will be abundance around you – let us help you find it.

Recommendations Speak For Themselves

“Many thanks for the very professional way you are handling your current role (as Acting CEO) – one cannot but be impressed.”
Geoff Dixon
Chairman

“Stuart’s…people skills and team management ability are excellent. His capacity to develop sound and enduring relationships with key stakeholders and clients is outstanding. At the Board and executive level, Stuart has been a reliable and independent source of advice across a diverse and complex range of matters…and was constantly called upon to provide advice to the Board.”
Michael Denton
CEO

Contact our business consultants for an obligation and cost free scoping discussion.